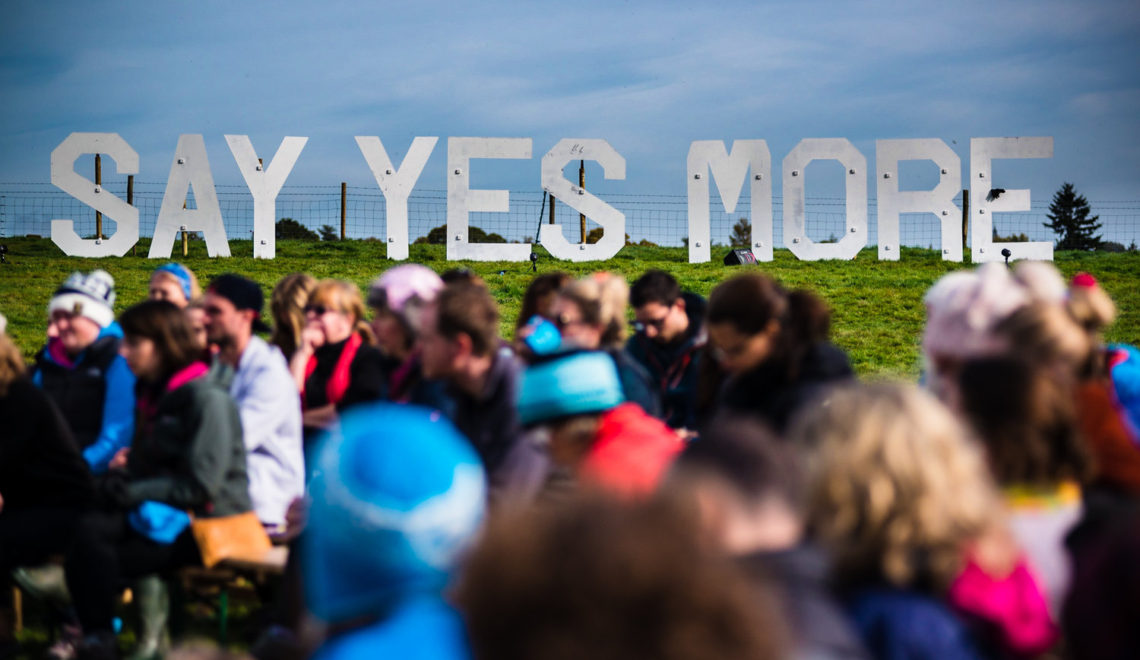 To be honest, we had been dining out on our ‘tandathon’ story for far too long – cycling from London to Berlin on a tandem bike, and then running a marathon. Aside from our own stories, the little evidence that remains of this project is a slightly bizarre introductory video we created at the time:

But that was nearly 7 years ago, and we needed a new story.

We loved our cycle through Europe and vowed to do it again. But a move abroad, a new baby – things had gotten in the way. So, over a few drinks during the festive period, we promised that this was going to be the year.

‘How does Paris to Amsterdam sound?’

That was the extent of the planning. And as Christmas turned into New Year and the routine started up again, I must admit I had let the idea slip down on our list of priorities.

Until, that is, one evening Jen told me we had an ‘interview’. She had applied for a grant from Dave Cornthwaite’s ‘SayYesMore‘ gang – an organisation which encourages you to do very much what is on the tin.

I must admit I was a little nervous until….we were told we had won the grant!

Dave, Emma and the other chap on the phone (whose name I ashamedly can’t remember) were all incredibly nice, enthusiastic, and highlighted the important point in all of this – we now needed to do the cycle!

The grant comes in the form of some cash from Berghaus to help us get us on our bikes, and some kit to help us fend off the rain (which of course we won’t need in April in Europe, right?).

We’re really learning as we go here – we’ve never done a cycle like this with a toddler before. But hopefully as we embark on this new adventure we can share what we learn (and hopefully meet some people who know more than us already!)

We’ll be providing more updates here as we work out how we’re going to do this now!