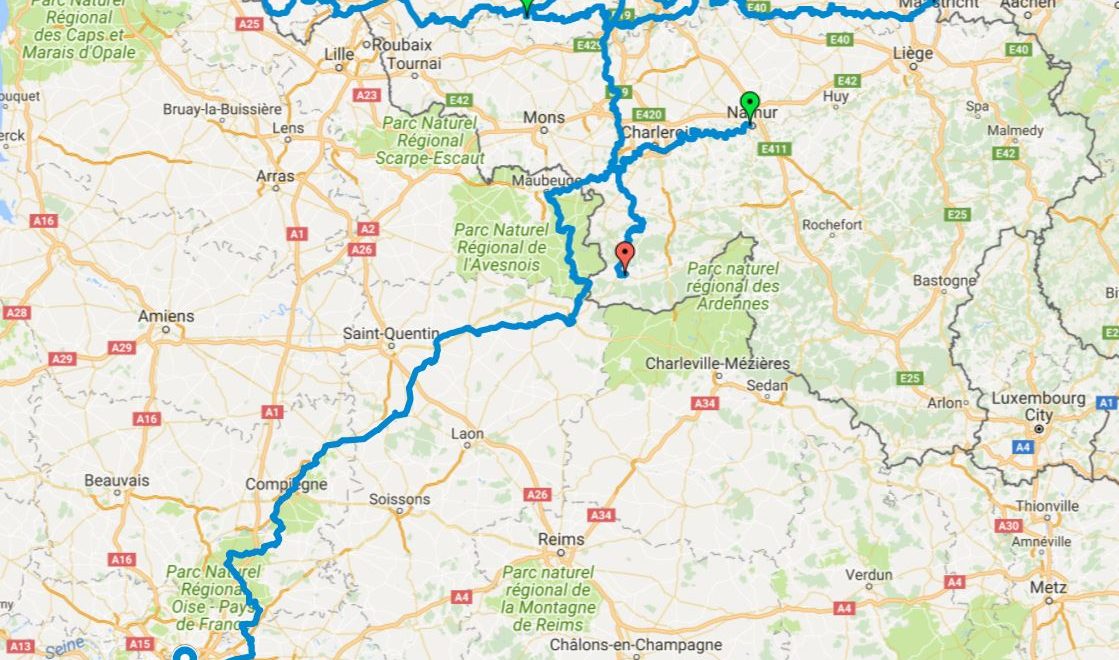 Ahead of agreeing to this trip, we had done no kind of ‘route planning’. Nothing. Zilch. Nada.

The whole basis of the route had been that ‘Paris to Amsterdam’ sounded good. We now need to work out how we’re actually going to do this…

Our past experience of cycling across Germany a few years ago consisted of buying a single book (‘Europa-Radweg R1‘) which had extremely easy-to-follow maps which took us easily to Berlin. And our initial instinct was to follow the same logic – surely we can just buy a ‘Paris to Amsterdam’ cycle route map, right?

Wrong. Well, at least we haven’t found one. The ‘cycle route’ we’re trying to determine winds its way through three countries, with plenty of choice on how to go about it. If we were doing this the fast way, sans-toddler, then we would probably whack it into Google Maps and be done with it. But given we’re planning for slow and steady, we would rather have dedicated cycle paths or recommended quiet roads where possible.

Fortunately, there is a wealth of information out there. An incredible amount. Here’s what we’ve found as our new go-to references for cycle route information:

So, all things considered, this is currently what our route looks like:

The next step will be to string together some GPX data to create a single route. But for now, that will have to wait until ‘Route Planning Part Deux’….