The snow clears, and the training (finally) commences 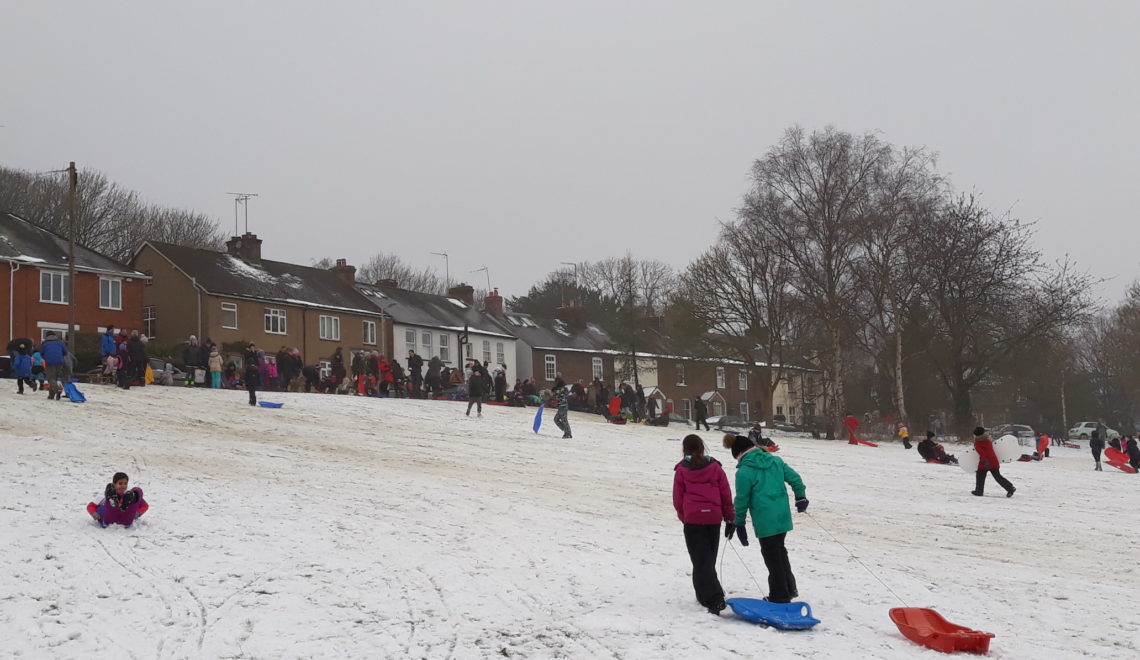 We’ve had some unseasonably cold weather in the UK over the past few weeks, with temperatures down to -6 Celsius and a good covering of snow. Our outside pipe has burst, trains have been delayed and cancelled, and our dog’s nose is falling off. Well, not quite – but our vet has reassured us that it’s simply the cold dry weather that’s causing the skin to peel off his snout. On her advice, we’re liberally applying Vaseline to the affected area. Not something I thought I’d ever be doing before bed each night.

Anyway, none of this is particularly conducive to training for a cycle ride. And when we say ‘training’, there are two key elements we see to this:

Whilst the first is obviously not something to gloss over, it’s actually the second point which we’re more worried about. Sam has sat in a bike seat a couple of times, but only for very short journeys.

We picked up a new one half price (Hamax Caress), and mounted it on my bike just inside the front door in the hope of slowly introducing it to our toddler.

“Sam, here’s your new bike seat. Do you want to try it out?”

The response was something between a groan and a ‘NO’, accompanied by a quick shuffly run in the opposite direction. This wasn’t going to be as easy as we thought. There was only one obvious solution that any sensible, responsible and thoughtful parent would suggest.

The snow finally cleared, and a Mint Club bar (yeah, they still make those things!) worked wonders. We were quickly on our way down the Nickey Line, a disused-railway-turned-cycle-path near our house, accompanied by cries of “TREE” and “MUD” from the little guy. It felt good to be on our way, even if it was only a few miles. The basic principle of the three of us travelling on two bikes at least works! 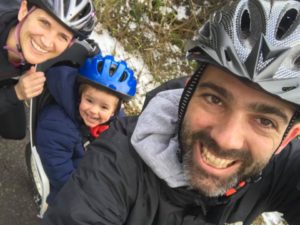